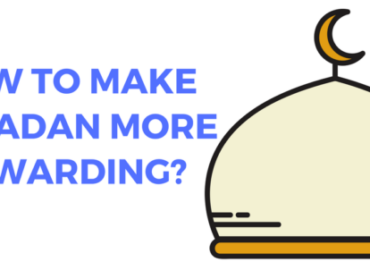 Deeds that Make the Month of Ramadan More Rewarding

The significance of Ramadan cannot be stressed upon sufficiently if one looks at the Islamic history. It is the most auspicious and rewarding (in terms of deeds) months for Muslims and Muslims wait round the year just to welcome and enjoy this month. Ramadan is also significant for Muslims because a number of very important decisions and revelations were brought upon the Muslim Ummah (Muslim community) in the month of Ramadan. Some of the events which changed the Islamic history and took place in Ramadan are as follows:

As Ramadan is one of the most important months of the Islamic calendar, the deeds done in the month have more weightage (Ajar-reward) than if the same deeds are done in any other month. If reciting the Quran rewards you, then reciting the Quran in the month of Ramadan multiplies the reward/ Ajar manifold. As per one report, Hazrat Jibraeel A.S used to come to the Prophet SAW every night in Ramadan and recite holy Quran with him.

Recitation of each letter of Quran renders ten rewards. As per one Hadees, Prophet SAW said:

”Whoever reads a letter from the Book of Allah will receive a hasanah (good deed) from it (i.e. his recitation), and the hasanah is multiplied by ten. I do not say that Alif-Laam-Meem is (considered as) a letter, rather Alif is a letter, Laam is a letter, and Meem is a letter.”

Being an auspicious and sacred month, Nikah (marriage) taking place in this month is blessed; the spouses are not only bound by the knot of matrimony but also feel it their duty to sustain the sacred bond having bound them in this month. More and more blessings fall from heavens during Ramadan and people tying the knot in this month would receive more blessings from heaven than if done in any other month. Other than Ramadan, it is advisable to have your Nikah in the sacred months of Rabi-ul-Awal and Shaawal.

As is Allah, the most generous, so does He advise His creation to be full of generosity. One of the most important deeds to be carried out during Ramadan is charity/ Sadqa. A faithful Muslim is never tight-fisted and is always ready to take out from his own expenses and help the people in need around him. Charity is not only Sadqa but gives rewards and removes sins. The prophet SAW said,

Itikaf is retreating into isolation and immersing oneself in complete Zikr and obedience to Allah. Observing Itikaf is one of the most rewarding deeds to be done in Ramadan and if observed during this month, carries double the reward. The Prophet SAW said,

“He who observes the ten days Itikaf during Ramadan will obtain the reward of two Hajj and two Umrah.”