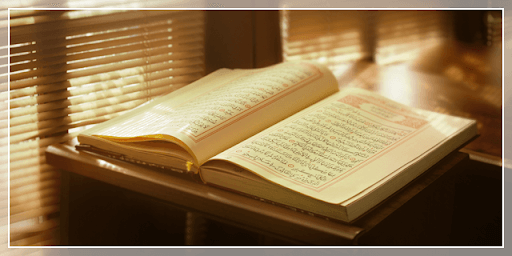 Why is it Important to Learn Quran Online With Tajweed?

“Those to whom We gave the Book recite it as it should be recited, they are the ones that believe therein.” (2:121)

It is obligatory upon every Muslim to study the Quran with its due properties. Reciting the Holy Book in a rush or with the intention to merely reach the completion is not sufficient. Allah (SWT) has clearly mentioned that this Quran must be recited in a slow and mellow voice, making sure that all symbols and letters are pronounced correctly.

As Allah (SWT) says in the Quran:

One must recite the Quran in a measured voice and tone. A single incorrect pronunciation or misplacement of symbols might lead to the wrong translation of the entire verse.

However, it has been noticed that as online Quran learning platforms are increasing, students are unaware of the fundamental regulations. One should take admission in the course with a motive to improve their tajweed, not merely complete the Book and receive certification.

Here are some more reasons why it is important for everyone to learn Quran online with Tajweed:

The Rulings Related to Tajweed

Imaam Muhammad Ibn al-Jazari (May Allah have mercy on him), was a great Islamic scholar of his time. He stated in his famous poem about the rulings of Tajweed. He said:

“And applying Tajweed is an issue of absolute necessity, Whoever doesn’t apply Tajweed to the Qur’an, then a sinner is he.”

A vast majority of scholars agree that applying Tajweed rules is important to avoid clear mistakes. It is an obligation (Farz-al-ayn) of every person to avoid clear mistakes. In contrast, applying the rules of Tajweed to avoid hidden mistakes is a collective obligation (Farz-al-kifayah). This means that there should be a bunch of students of knowledge who understand these rules of Tajweed.

When you learn Quran online with Tajweed, your tutor will elucidate all these rules for you to understand with ease.

It is the Divine Book

Quran is not an ordinary book related to academics. It exists to preserve the beauty of the Arabic language and there should be no modifications during its recitation. However, it is typical for non-Arabs to make mistakes while reading the Quran. They stumble and feel like giving up because they cannot recite like the natives. For such people who are struggling to read the Quran, the Prophet (Peace Be Upon Him) says:

Verily the one who recites the Qur’an beautifully, smoothly, and precisely, he will be in the company of the noble and obedient angels. And as for the one who recites with difficulty, stammering or stumbling through its verses, then he will have twice that reward.

It is quite normal for people to feel discouraged. But this hadith is a good source of motivation for all such people. Especially when you learn Quran online with Tajweed, you are bound to feel demotivated. It is imperative for every Muslim to keep their hopes high and stay on the track determined for them by Allah (SWT) and His Messenger (Peace Be Upon Him). Every step that you take will be rewarded abundantly.

Moreover, the Quran was revealed in a form where Hazrat Jibrael (AS) used to recite the verses in a particular way. He recited the Quran and showed to the Prophet (Peace Be Upon Him) how each letter has to be pronounced. No person has the right to change the verses or pronunciation of the Quran as per their convenience. In fact, it is obligatory upon us to preserve the rules and stick to the original form of the Quran.

Every syllable of the Quran is from Allah (SWT). The recitation of this Book must be taken very seriously. Tajweed is also known as the science of the Quran. An individual must work hard to achieve proficiency in recitation. It might call for a lot of effort. Nonetheless, when a person works hard, their scale of balance increases in good deeds. It isn’t the perfection that Allah wants. Instead, He (SWT) loves it when a slave makes effort for His Book.

Therefore, when you learn Quran online with Tajweed, keep all the regulations in mind. Your goal should be to improve recitation, not simply reading the Book from cover to cover.